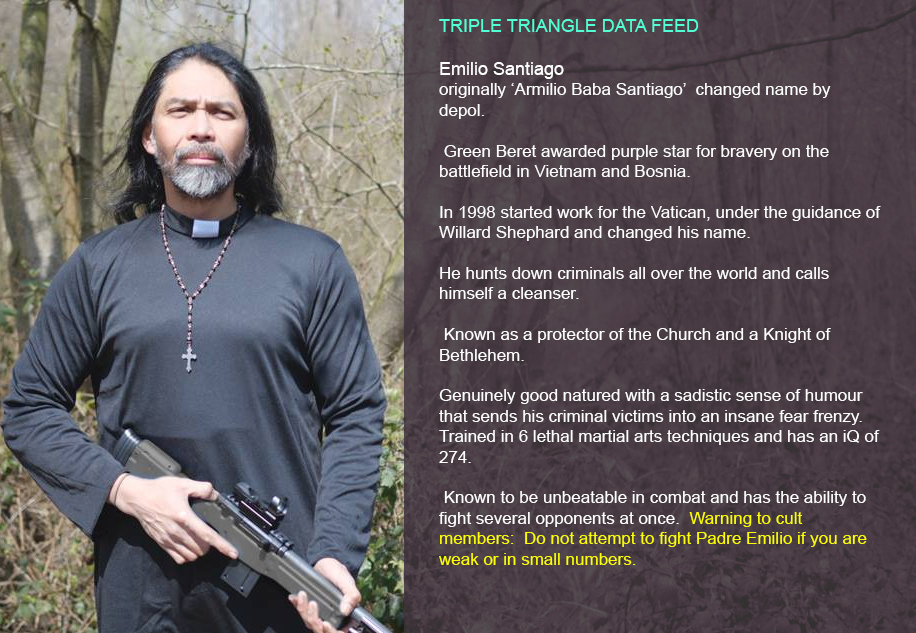 Padre Emilio Santiago is a heroic monk who has served the church all his life, that included before, during and after his career in the armed forces.

He is a veteran of three wars and started working with Willard Shephard who he served with in Vietnam.  Emilio has naturally athletic abilities and is a cool and likeable character amongst his fellow monks.

At the point we see him in his story, he is a strong man, wise and fearless and with two students, who are in London from Rome, looking for a third student who has gone missing.

Santiago is efficient in six martial arts techniques and makes easy work of fighting several people at once.  He also has has the ability of bending the will of others by looking at them with an intense stare.  He has used this skill in fights, where is has easily disarmed dangerous opponents by simply staring at them and locking them in a hypnotic gaze.

Padre Emilio Santiago is portrayed by the charming actor Jimmy Elizaga, a friendlyl personality who rides motorbikes and has appeared in many Hollywood movies such as Star Wars: The Last Jedi.